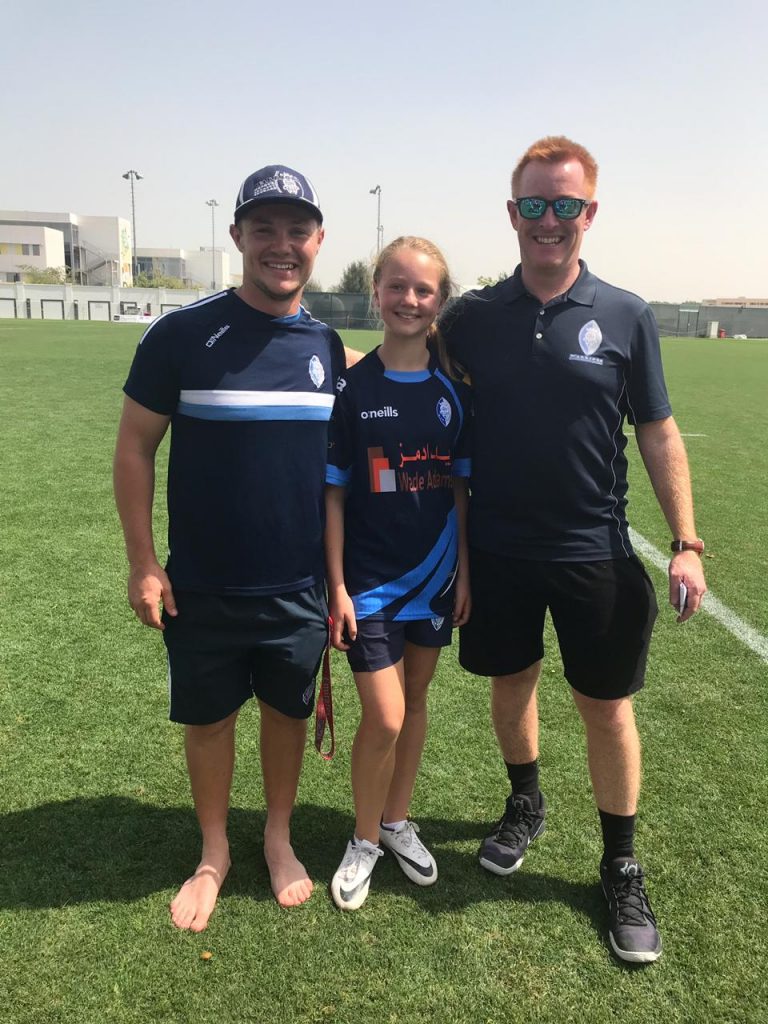 Warriors sponsor DHL recently offered a truly money-can’t-buy prize for the club’s end of season ‘Sportsman of the Year’ award – the opportunity to deliver the match ball onto the pitch for one of the World Cup semi finals in Japan.

Each age group was asked to nominate the player they felt most demonstrated Warriors’ rugby values – honour, loyalty and courage. These players were entered into a draw and the lucky winner was Rose Tesse of the U12 Girls team.

While all of the nominees were deserving winners, Rose’s win was particularly special as the U12 Girls had had a fantastic 2018/19 season, winning their league as well as two out of three tournaments.

Rose said, “I’m very happy to have been nominated for the DHL Sportsman of the Year award, and so grateful to have won this amazing prize! It will be an honour to represent Warriors in Japan, and an experience I’ll never forget.”

Warriors would like to say a huge thank you to DHL for this wonderful prize, and look forward to seeing Rose on TV at the World Cup!