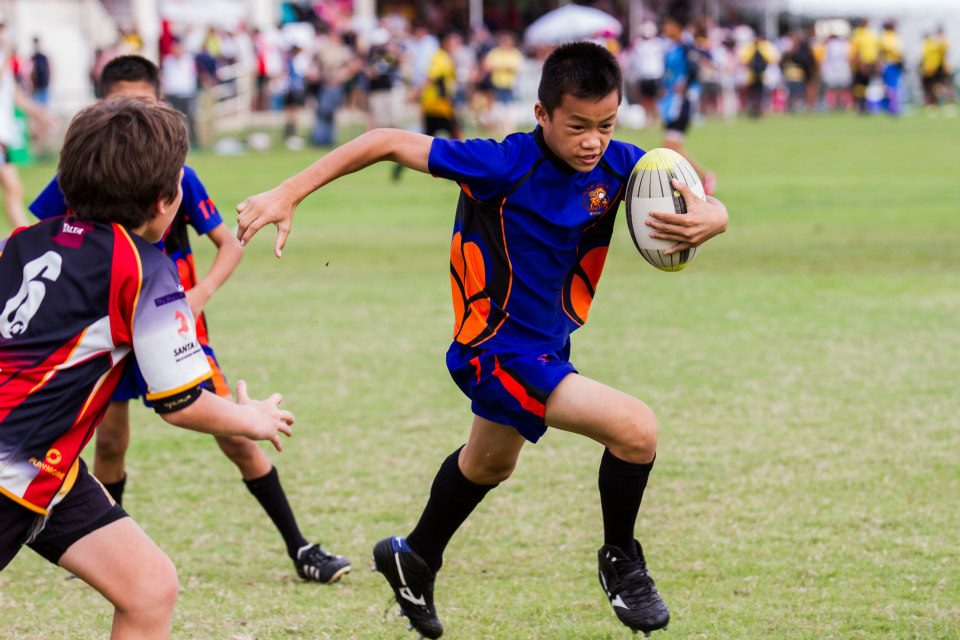 The Dubai based Warriors Sports Club Under 11 rugby team are due to set off on a rugby tour of Thailand this week following a successful inaugural season of rugby in the Gulf which has seen the squad win 3 titles and finish runners up in another so far.  The squad was crowned league champions of the UAE Rugby Federation U11 league in January, and also holds the titles for the Abu Dhabi and Bahrain Junior Rugby tournaments.

The touring squad has raised funds from internal events and gained corporate sponsorships from Icon Auto, Veolia, Gulf Platinum Properties, Grundfos and Gulfintelligence.com which will aid the Nak Suu Rugby Academy for slum kids in Bangkok.  The charity offers children living in the Bangkok streets to participate in rugby training sessions and matches, whilst also providing mentoring, educational and life skills coaching which will enable the children to elevate themselves from a life in the slums.

Brett Wastie, Chairman of the Warriors club in Dubai spoke about the charity:

“Nak Suu, which means “noble warrior” in Thai, was founded in Bangkok 5 years ago by Samoan national Sopo Fakaua to bring the sport of rugby to children on the streets of Bangkok.  Rugby has a great international fraternity, and we found Nak Suu to be a positive initiative for our Dubai Warriors to get involved with. On introduction to the charity, and in recognizing the obvious name association, we immediately pledged to support this important initiative which promotes the welfare of children at risk in disadvantaged communities.”

“Our touring squad of 11 year old children also recognizes that we have a duty to help those in need, and they have come forward with initiatives for the Charity which included sponsored try scoring fund raisers, cake sales, pre-loved rugby kit donation drives and a 100km sponsored bicycle tour.”

The tour leaves for Bangkok on Tuesday, and will include an itinerary of three tour matches and finish with involvement in the Bangkok International 10s Youth Rugby tournament on the weekend. One of the tour matches will be against a Nak Suu Rugby Academy team, and will also feature a session of Rugby Academy skills coaching with the children Nak Suu is working with.

Warriors U11s Secure Final places in the A and B Leagues